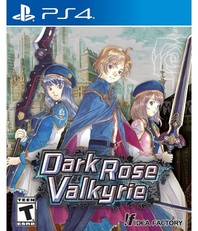 1929 was the year of the Chimera Virus outbreak. Defend the world from Chimeras as Asahi, the new leader of Japans covert military agency (ACID) in Dark Rose Valkyrie . Featuring the talents of Tales of scenario writer Takumi Miyajimaand and Tales of character designer Kosuke Fujishima, this action RPG for the PlayStation®4 system features real?time combat as well as an overdrive mode to gain the edge in battle. As the story develops, you must seek out the traitor through a visual novel interview system in your unit before its too late.