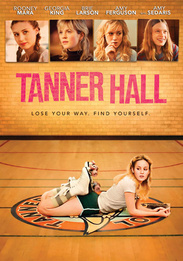 As Fernanda (Rooney Mara) enters her senior year at Tanner Hall-a sheltered boarding school in New England-she's faced with unexpected changes in her group of friends when a childhood acquaintance, the charismatic yet manipulative trouble-maker Victoria (Georgia King), appears. Shy and studious, Fernanda is usually the voice of reason among her friends-adventurous and sexy Kate (Brie Larsen) and tomboy Lucasta (Amy Ferguson)-but when she begins a complicated friendship with Gio (Tom Everett Scott), an older family friend, she decides it's finally time to take some risks. Jealous of Fernanda's exciting relationship, Victoria begins to sabotage Fernanda's plans and plots to publicly humiliate her. Meanwhile, Lucasta struggles with her newfound feelings towards another classmate, and mischievous Kate is too preoccupied with making her teachers nervous to pay much attention to her actual classes. However, as each of the girls flirt with adulthood, they realize they still need each other to help get through their first grown-up decisions-and the consequences they bring.

Rated R for sexual content including brief nudity, and some drug use.