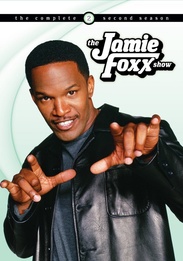 It's an incredible Oscar-night soiree. The champagne is flowing; the flash of paparazzi cameras is blinding; and at the center of it all is Hollywood's hottest new sensation, Jamie King Then, an alarm clock sounds, and Jamie is awakened from his 1,566,132nd dream of stardom. Arriving in Hollywood, Jamie King is a young man on a mission: the "Big Time." But it's going to be the "Big Time" via The King's Towers, the aging but once-famous Los Angeles hotel where Jamie works in exchange for room and board. For Jamie, the best part about working at The King's Towers is the hotel's run-down cocktail lounge, where he can hone his skills as an entertainer. Held captive as a built-in audience is the hotel staff, including Franchesca "Fancy" Monroe, the drop-dead bombshell of Jamie's dreams who runs the front desk and naturally won't give him the time of day. That's okay with Jamie. She'll come around. Eventually.