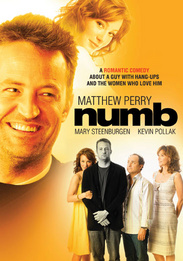 Hudson Milbank is convinced that he's going insane. But he's just met the perfect girl and struggles to be his most charming self. Meanwhile, he frantically seeks a cure for his anxieties and goes through a string of therapists who turn out to be crazier than him.

Rated R for language, some drug use and sexual content/nudity.