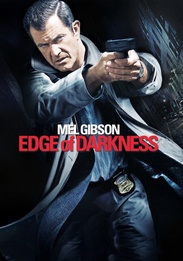 The bullet that killed his daughter was meant for Boston cop Thomas Craven. That's what police brass and Craven think, but that's not what the investigation finds. With clue after clue and witness after witness, the search leads him into a shadowy realm where money and political intrigue intersect. If Craven wasn't a target before, he -- and anyone linked to his inquiry -- now is. Mel Gibson stars in his first screen lead in eight years, making Craven's grief palpable and his quest for payback stone-cold and relentless. Martin Campbell (Casino Royale) directs from a screenplay written by Andrew Bovell and The Departed's William Monahan. Gibson is back, taking us to the edge and into the sinister darkness.