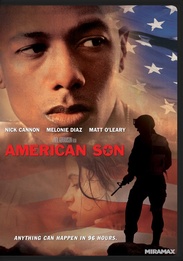 Take an intimate look into the heart and mind of an American soldier in the riveting urban drama that captivated audiences at the 2008 Sundance Film Festival. What would you do if you had just four days to say goodbye to everyone who was important to you? Nineteen-year-old Mike Holland (Nick Cannon) has 96 hours to make peace with his friends and family - and maybe even begin a new relationship - on the eve of his deployment to Iraq. Get a glimpse of the emotional battlefield our troops navigate as they leave America's streets to fight in a completely different world. Experience a gripping story that rises above politics and centers on the personal challenges of a tough young man with an uncertain future. It's a fascinating film you won't soon forget.

Rated R for pervasive language, some sexual content and drug use.