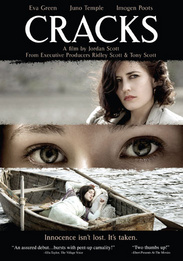 Miss G (Eva Green, Casino Royale) is seemingly a force of nature, a glamorous presence beloved and idolized by her blossoming charges at an all-girls British boarding school. Her students heap adoration upon her, a love that Miss G basks in and returns until the arrival of Fiamma, a wild and self-confident transfer student from Spain. Fiamma's new role as teacher's pet ignites the jealousy of former class queen Di (Juno Temple) and triggers an obsession in Miss G that quickly spirals out of control. A sterling cast leads this dark coming-of-age thriller, the debut feature of Jordan (daughter of Ridley) Scott.

Rated R for some sexuality, nudity and a disturbing attack.