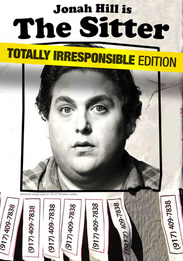 When the worldâs most irresponsible babysitter takes three of the worldâs worst kids on an unforgettable overnight adventure through the streets of New York City, itâs anyoneâs guess whoâs going to make it home in one piece. THE SITTER is a new level of twisted and debauched hilarity from the director of Pineapple Express.