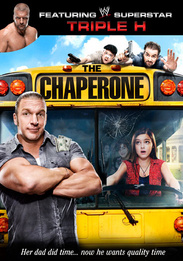 Ray Bradstone (Paul "Triple H" Levesque) is "the best wheel man in the business" - the bank robbery business, that is. Just out of prison, he is determined to go straight and be the best parent he can be to his daughter, Sally (Ariel Winter), and make amends with his ex-wife, Lynne (Annabeth Gish). After trying everything he can do to re-connect with his family and struggling in vain to find honest work, his old bank-robbing crew, led by Phillip Larue (Kevin Corrigan), offers him one last job. He signs on as their getaway driver - only to change his mind at the last second. What prompts this change of heart is an opportunity: Sally is going on a class field trip to the New Orleans Natural History Museum and Ray has been asked to be the chaperone. It's his last chance to be the father he always wanted to be. Sally and her class are in for one of the craziest field trips ever.

Rated PG-13 for some violence, rude humor and language.