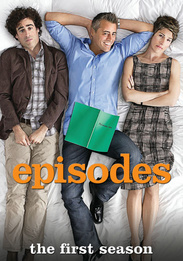 The comedy series centers around a husband and wife producing team who are forced to navigate the many pitfalls of the Hollywood television business when their successful British show is brought to America, and the U.S. network insists on making the show more audience friendly by replacing their venerable thespian lead with... Matt LeBlanc.