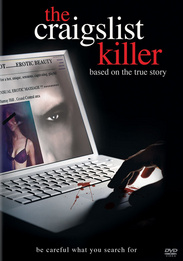 Philip Markoff had it all. A straight-A medical student with a beautiful fiancÃ©e, Philip had a future others could only envy. But when a masseuse is murdered by a man she meets through an ad she placed on Craigslist, the clues point directly toward Philip, whom the police accuse of leading a secret life where he preys upon young women. William Baldwin costars in this shocking tale of deception and lies, based on the true story that stunned a nation.