Strike Back: Cinemax Season One 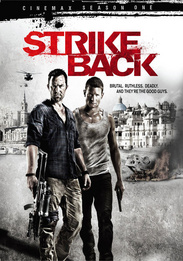 A high-octane, globe-spanning thriller with storylines ripped from today's headlines, Strike Back focuses on two members of a top-secret intelligence agency known as Section 20: Michael Stonebridge, a British sergeant on the elite counter-terrorism team, and Damien Scott, a former U.S. Delta Force operative who was discharged on the eve of the U.S. invasion of Iraq. Stonebridge, Scott, and the rest of Section 20 criss-cross the globe on the trail of a deadly international terrorist named Latif, who is planning a major attack involving a cache of WMD that could have global repercussions.