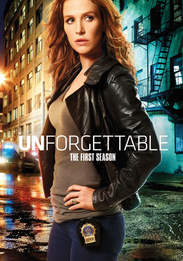 The series follows a former New York City police detective named Carrie Wells, who suffers from hyperthymesia, a rare medical condition that gives her the ability to remember everything. She is reluctantly asked by her former boyfriend and one-time partner to join his homicide unit after he asks for help with solving a case. The move allows her to do the one thing she has been trying to remember, that of finding out how her sister was murdered.