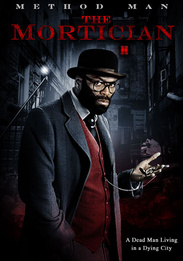 A mortician's (Method Man) life is suddenly changed when a dead woman's body comes into his morgue jolting old memories from his past. As days go by he discovers a young boy hiding out in his morgue. When confronted the mortician learns that the boy is there to see his dead mother one last time while hiding from his father, who wants him dead. This triggers something inside the mortician and he is determined to help the boy escape from danger and is prepared to kill anyone who stands in the way.