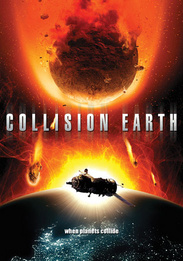 When a massive comet strikes the Sun, it knocks Mercury out of orbit and sends it hurtling towards Earth. But each day the now-magnetized planet gets closer, it triggers gravitational chaos around the world: Flaming meteors crash into the ground. Automobiles are sucked into the sky. And the worst is still to come. Can a disgraced scientist (Kirk Acevedo of "Fringe") and the lone surviving crewmember (Diane Farr of "Californication" and "Numb3rs") on a crippled space shuttle stop this Extinction Level Event by re-activating the top-secret planetary defense system known as Project 7'?