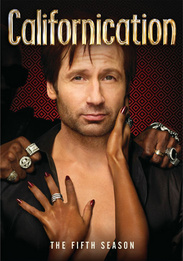 Sophisticated and unique, this comedy centers on novelist Hank Moody (David Duchovny) who struggles to raise his 13-year-old daughter, while still carrying a torch for his ex-girlfriend. His obsession with truth-telling and self destructive behavior -- drinks drugs and relationships -- are both destroying and enriching to his career.