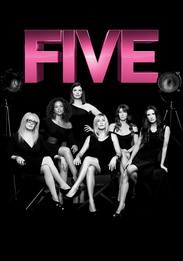 Five brilliant artists join forces against breast cancer as each directs a short segment of this groundbreaking movie. "Charlotte" depicts a woman (Ginnifer Goodwin) struggling to say goodbye to her young daughter. The story of "Mia" (Patricia Clarkson) is conveyed through a series of flashbacks. "Cheyanne" (Lyndsy Fonseca) is a gorgeous stripper whose new marriage is shaken by her disease. "Lili" follows an overachiever (Rosario Dawson) who turns to her sister for help telling their mother of her diagnosis. And, finally, in "Pearl," an oncologist (Jeanne Tripplehorn) suddenly finds herself in the patient's seat. Also starring Annie Potts, Bob Newhart and Tony Shalhoub, Five is an unforgettable inspiration.