I Killed My Mother 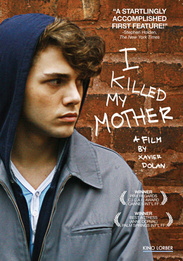 Focusing on the relationship between Hubert Minel (Xavier Dolan), a 16-year-old Quebecois living in suburban Montreal, and his single mother Chantale (Anne Dorval), I KILLED MY MOTHER beautifully captures the anxieties of a mother-son relationship.