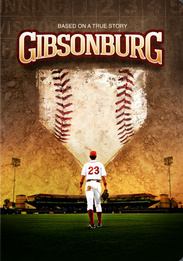 Gibsonburg is based on the true story of the only high school baseball team to win a state championship with a losing record. The teamâs first year coach helped guide them from a 6-17 regular season to 8 post season victories and the state title. This magical, coming of age film deals not only with baseball, but the trials, tribulations, romances and mysteries that faced the teens along the way.