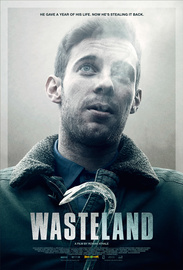 After being released from prison for a crime he didn't commit, Harvey Miller (Attack The Block's Luke Treadaway) has revenge on his mind. He recruits his three best friends to help him rob the local drug kingpin whose betrayal put him away in the first place. As the kingpin catches wind of the con, Harvey's plan evolves into a suspenseful and exciting scheme full of surprising twists that will keep you guessing until the very end.