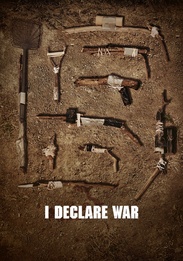 A group of friends play an innocent game of Capture the Flag, arming themselves with nothing more than sticks & their imagination. One day the game takes on a more serious tone as their imaginations take them beyond the rules of the game.