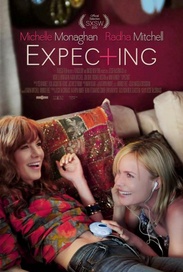 After years of struggling to conceive with her husband, Lizzie (Radha Mitchell) has given up hope of having a baby on her own. But when her best friend Andie (Michelle Monaghan, SOURCE CODE) finds herself pregnant after a one-night stand, an unexpected solution arises: Andie offers to have the baby and give it to Lizzie. The couple agrees to the plan, on one condition: Andie must move in with them for the duration of the pregnancy. But can the women's friendship survive until birth? Jessie McCormack's debut is a refreshingly candid comedy about planning ahead for life's unexpected detours.