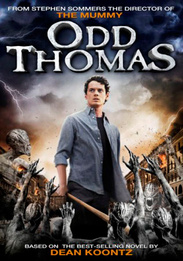 Odd Thomas is an ordinary guy with a paranormal secret: he sees dead people. When a stranger shows up with an entourage of ghostly predators, Odd must fight in an epic battle of good vs evil. Based on the #1 New York Times Best-Selling novel by Dean Koontz.