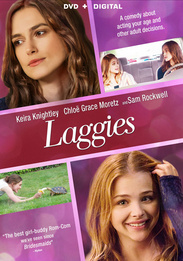 Having spent her twenties comfortably inert, 28 year old Megan (Keira Knightley) reaches a crisis when she finds herself squarely in adulthood with no career prospects, no particular motivation to pursue any and no one to relate to, including her high school boyfriend (Mark Webber). When he proposes, Megan panics and given an opportunity to escape - at least temporarily - she hides out in the home of her new friend, 16-year-old Annika (ChloÃ« Grace Moretz) and Annika's world-weary single dad (Sam Rockwell).

Rated R for language, some sexual material and teen partying.