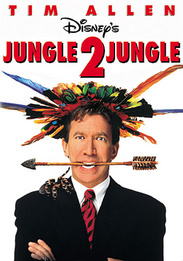 Michael Cromwell is a Wall Street commodities broker who, along with his partner Richard, has recently bought a large amount of coffee bean certificates. As they nervously watch its market value. Michael travels to the jungles of the Amazon to find his wife, Patricia, whom he hasn't seen in thirteen years. He wants her to sign divorce papers so he can marry fashion designer Charlotte. But Michael gets more than he bargained for when Patricia informs him that they have a son, Mimi Siku, whom Patricia has raised in the jungle. Michael eventually ends up taking Mimi back to New York only to find that Richard missed selling the coffee beans and has tried to make amends by selling goods to the Russian Mafia. As they try to deal with the Russian Mafioso, Jovanovic, Michael must help Mimi adapt to his new surroundings while trying to keep Charlotte happy.