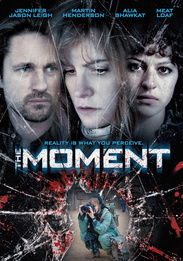 After a tumultuous affair between international photojournalist Lee (Jennifer Jason Leigh) and troubled writer John (Martin Henderson) ends in John's disappearance, Lee lands in a mental hospital to recuperate. She strikes up a friendship with a fellow patient bearing an uncanny resemblance to her missing lover. The pair works to uncover the truth behind the disappearance, but Lee's precarious sanity comes under threat when the clues lead to the last place she would ever expect.