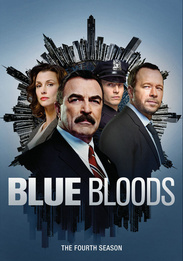 The Reagan family dynamics continue to shift as they deal with everything from gambling and drugs to kidnapping and murder: Jamie (Will Estes) wrestles with his feelings for his new partner; Erin (Bridget Moynahan) and Jack (Peter Hermann) work to figure out their personal relationship; and Danny (Donnie Wahlberg) and Frank (Tom Selleck) clash over an internal investigation of Dannyâs techniques. As the Reagans faces off against the FBI, the mob, and other officers who donât follow their ethical code, the family bond will both serve and protect them.