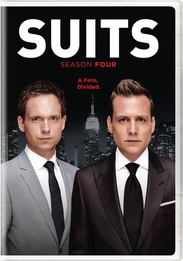 At last, Louis Litt (Rick Hoffman) is gaining the leverage needed to achieve his ultimate goal -- becoming a partner of the firm. Meanwhile, the team at Pearson Specter is dealing with the major fallout of Louis learning Mike's secret.