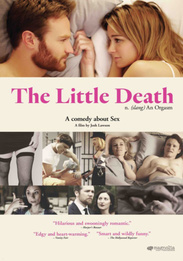 THE LITTLE DEATH, which marks the arrival of Australian writer-director Josh Lawson, is both an edgy sex comedy and a warm-hearted depiction of the secret lives of five suburban couples living in Sydney. Lawson's searing and sometimes shocking screenplay weaves together a story that explores a range of sexual fetishes and the repercussions that come with sharing them.