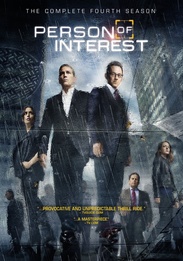 The watchers are now targets: the malevolent artificial intelligence named Samaritan has come online, and with the full, secretive backing of the U.S. government, it is subtly surveilling and manipulating lives toward its diabolical purposes  and relentlessly hunting down the Person of Interest team. Reese (Jim Caviezel), Finch (Michael Emerson), Shaw (Sarah Shahi) and Root (Amy Acker) have so far escaped into new identities, but they and NYPD Detective Fusco (Kevin Chapman) constantly risk exposure as they continue to execute The Machine's missions to protect average citizens from unseen dangers. The group suffers a setback when one of them is captured by tech corporation Decima and faces a possibly mind-altering fate, while the rise of a sinister cadre called The Brotherhood makes their crimefighting crusade all the more perilous. The thrills and suspense keep coming in all 22 episodes!