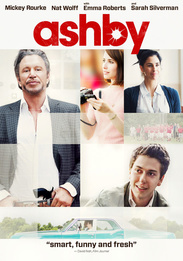 When new kid in town Ed Wallis (Nat Wolff) is given an assignment to interview an older person, he turns to his mysterious neighbor, Ashby Holt (Mickey Rourke) for help. That new connection leads to unexpected journeys for both of them, as Ashby â who turns out to be a retired CIA assassin â deals with a terminal prognosis, and Ed deals with adjusting to life with his newly single mom (Sarah Silverman) and developing relationship with a brainy classmate, Eloise (Emma Roberts).

Rated R for language, some sexual material and violence.