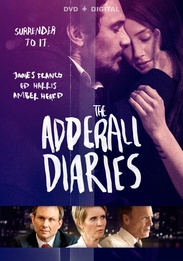 OscarÂ® nominee James Franco is riveting as a famous but troubled author whose fascination with a high-profile murder case brings his own dark past into focus. Based on the best-selling book by Stephen Elliott, The Adderall Diaries follows one manâs desperate journey through sex, drugs, and lies as he tries to separate fact from fiction and ignite a life-changing romance. Ed Harris and Amber Heard costar in this gritty story about the shocking discoveries that lie beneath the truth.

Rated R for language throughout, drug use, sexuality, and some aberrant and disturbing content.