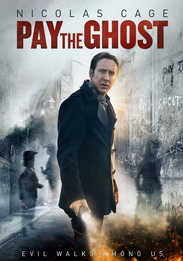 Oscar winner Nicolas Cage (Leaving Las Vegas) stars in this intense and chilling thriller about one manâs desperate search for his missing child. One year after his young son disappeared during a Halloween carnival, Mike Lawford (Cage) is haunted by eerie images and terrifying messages he canât explain. Together with his estranged wife (Sarah Wayne Callies, The Walking Dead), he will stop at nothing to unravel the mystery and find their sonâand, in doing so, he unearths a legend that refuses to remain buried in the past.