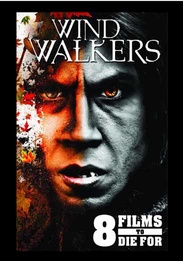 A U.S. solider returns home from captivity to find that his best friend and fellow former POW has gone AWOL. While out on an annual hunting trip with his friend's father and some extended family, the group comes under attack by an ancient Native American curse that has mysterious connections to his best friend's heritage and the prison in which the soldiers were once held captive.

Rated R for bloody violence and gore and language throughout.