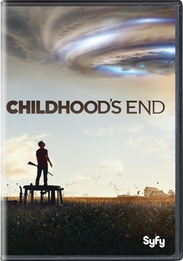 Omnipotent aliens arrive to save humanity from self-destruction. Under their benign gaze, war, famine and injustice become things of the past. But a small group of people are beginning to question whether this "Golden Age of Man" comes at a secret and terrible price. And when the Supervisor for Earth, Karellen, finally reveals his true form to the world, the sight is as profound as it is disturbing.