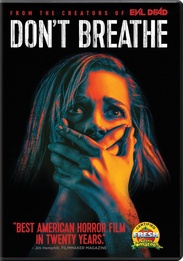 From the twisted minds behind Evil Dead comes a new terrifying experience. Three young thieves (Jane Levy, Dylan Minnette, Daniel Zovatto) fight for their lives after breaking into the home of a blind man (Stephen Lang) who has a dark side.