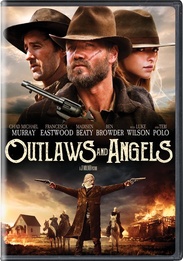 For seasoned outlaw Henry and his gang of bandits, a high stakes bank heist turns bloody when they kill a U.S. Marshall in the process. With one of the largest bounties in the history of the American West on their heads, they make their way south and invade the home of a seemingly innocent and unsuspecting frontier family for refuge. As an unexpected game of cat and mouse ensues, this twisted tale leads to seduction, role reversal, and ultimately revenge.