A Cinderella Story: If The Shoe Fits 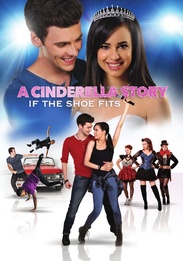 Tessa Golding (Sophia Carson) is hired as an assistant by her Stepmother, Divine and her stepsisters, Olympia and Athena to accompany them to The Royal Lagoons Resort for an audition. The stepsisters audition to play âCinderellaâ for Reed West, a famous singer, who is putting on a show called, âCinderella-Liveâ. Meanwhile, Tessa befriends a makeup artist, Georgia, who convinces Tessa to audition as âBella Snowâ so her stepsisters/stepmother canât get in the way. Bella Snow lands the part, but now Tessa must maintain her secret identity and still cater to her stepsisters.