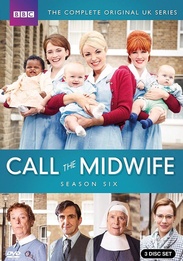 The nurses, midwives and nuns of Nonnatus House invite you to join them again as they try to give the best possible care to the poorest women in London. It's now 1962 and times are changing. This series sees the nuns receive an SOS call from a mission hospital in the Eastern Cape, South Africa. Under the hot sun, the Nonnatus family face some of their toughest challenges yet. Back in Poplar, the rather austere Sister Ursula is appointed the new head of Nonnatus House, demoting Sister Julienne to an ordinary member of staff. She is not the only one to face challenges closer to home.