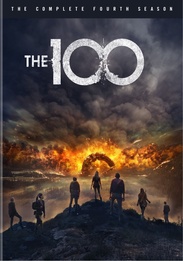 Season Four opens as a harsh truth lands on the shoulders of those who remain: Earth's nuclear reactors are melting and will soon set the atmosphere ablaze. Is anything left for our heroes to fight for? Can they find hope knowing the end is inevitable? Will they spend their days trying to survive? Or use their limited time to finally live? The stakes have never been higher. Alliances are shattering and fragile societies are on the brink of collapse. Civility has no place at the end of the world, and there's no telling how far our heroes can and will go to prevail. Leaders and survivors blur the line between justice and vengeance as they face their darkest moments ever in these 13 apocalyptic episodes.