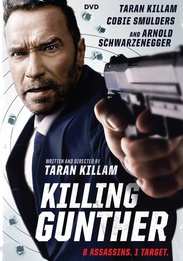 A group of up-and-coming but dysfunctional assassins attempt the advance their careers by attempting to murder Gunther (Arnold Schwarzenegger), the most infamous hitman of all time in this hilarious cat and mouse comedy of would-be killers.

Rated R for violence, language and some sexual material.