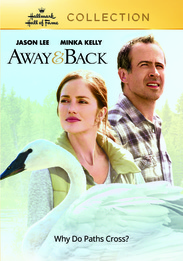 When a family of swans makes their home on the Peterson farm, it's love at first sight for 10-year-old daughter Frankie (Maggie Elizabeth Jones). But along comes no-nonsense ornithologist Ginny Newsom (Minka Kelly), who rushes in to save the majestic birds. For Frankie's dad Jack (Jason Lee), it is dislike at first sight when he encounters pushy, know-it-all Ginny. Frankie and her brothers are anything but neutral observers as they watch the initial hostility between their widowed father and the strong-willed Ginny transform into something else. Could romance be in the air?