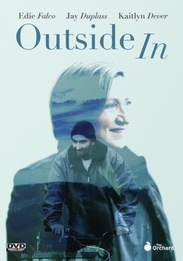 After serving 20 years in prison for the crime of, essentially, being in the wrong place at the wrong time, 38-year-old Chris (Jay Duplass) is granted early parole thanks largely in part to the tireless advocacy of his former high-school teacher, Carol (Edie Falco). As he struggles with the challenges of navigating the modern world as an ex-con and his fraught relationship with his brother Ted (Ben Schwartz), Chris ends up confessing his romantic love for Carol a love that, given her marital status, Carol cannot reciprocate. Or can she? Carol's daughter Hilde (Kaitlyn Dever) complicates things further by befriending Chris, finding a kindred spirit in this awkward, tormented, older guy.