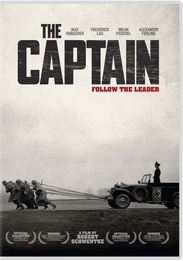 Based on an arresting true story, THE CAPTAIN follows a German army deserter as he conforms to the evils of Nazism after putting on an abandoned captainâs uniform during the final weeks of World War II.