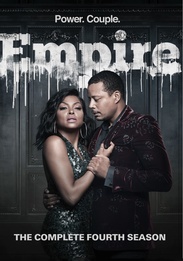 In Season Four, EMPIRE's explosive twists and turns resume, as Empire Entertainment embarks on a celebration of its 20th anniversary. Lucious makes his first public appearance after the explosion in Las Vegas, and all members of the Lyon family have their own interests in Lucious regaining his physical and mental faculties.