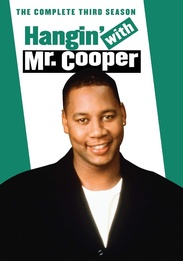 Its two points forward, three points back for everyones favorite substitute teacher, Mark Cooper (Mark Curry), in the third season of this classic 90s sitcom. Marks new school year gets off to a rocky start when he learns that hes blown his chance to be the new head coach of the schools basketball team because hes been avoiding calls from school principal P.J. Moore (Nell Carter). Swallowing his pride, Mark accepts the position of assistant coach while continuing to try to learn to be the best sub he can be. On the home front, thanks to live-in cousin Geneva (Saundra Quarterman) and her daughter, Nicole (Raven-Symon), Mark continues to mix life lessons and laughs as he helps raise his young relative. Meanwhile, ex-investment exec Vanessa (Holly Robinson Peete) finally lands a job... answering phones at a swanky doctors office! Mark finally makes head coach only for a giant curve to come his way.