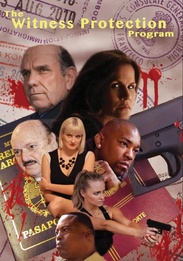 Sometimes good people see bad things, and when they do there's only one escape - the federal witness protection program. When New York City limo driver David runs afoul of mob boss Nicky Andolini and his vicious son Dominick, federal agent Diane Carter gives him and his family alternate identities and a new home in Florida. But the Andolini gang is hot on their trail and it will take all the skill of Diane and her agents to keep David alive long enough to testify...