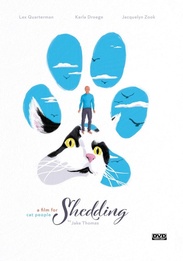 In this gentle, heartwarming fantasy, a bored and wistful city-dwelling house cat dreams of escaping into the outside world that awaits beyond his living room window. One morning, he awakens to discover himself mysteriously transformed into a human body, prompting his escape into the city. A kindhearted mother befriends the human-formed cat and invites him into her home to be clothed and fed. After a whirlwind day together, the cat meets the family's stern daughter and frightens her with his uncanny resemblance to her recently deceased brother. Despite their fantastic differences, all three of them share a bond of longing that will lead from loneliness to reconciliation.