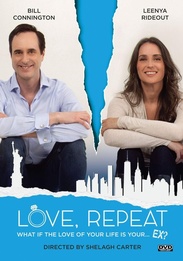 Steve Bellafiore (Cameron Palatas) is a very special kid. A bright, religiously devout teen that yearns to become a football starter and works twice as hard as his high school peers to accomplish that goal. Steve's work ethic and kindness radiate through his life. Currently upset by his parents' seeming estrangement, Steve is even more disturbed by the message of hatred and intolerance espoused by Franklin Baumann (Jon Gries), an extreme candidate for Congress. Steve wants to make the point that Baumann's exclusionary and fear-based message has very little to do with his Christian perception of Christ's teachings. In retaliation, Steve announces his own candidacy for Congress. What begins as a tiny movement soon grows into a phenomenon, as people throughout the area - including the most popular girl in school (Allie Deberry) embrace Steve and his Faith Crusade, whose "Pass the Light" campaign unites the community as never before.