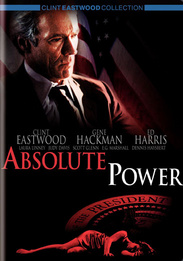 He was where he shouldn't have been, saw what he shouldn't have seen. But who will believe the word of a career thief and ex-con? Who will trust Luther Whitney when he says he saw a woman killed and that the man responsible for her death is the President of the United States.